It’s fairly obvious that Epcot is my favorite park at Disney World.  I love to spend time in the World Showcase as you’ve seen in recent posts (Morocco & France).  I also love to eat there (Germany & Japan).  AND I love the rides there (Test Track & Soarin).  Here is a recap of our 5th day at Disney World.  We spent the entire day at Epcot.

Another reason I love Epcot is its beauty.  There are so many relaxing open spaces to walk around.  You don’t find that at a lot of amusement parks. 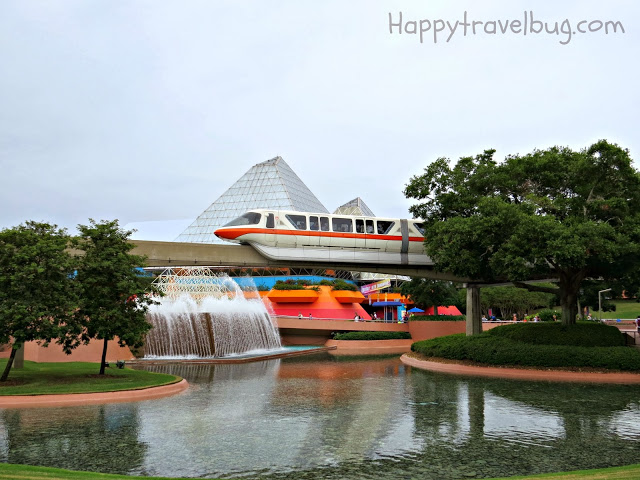 The living seas has a cute little Finding Nemo ride, but I like it because of the real creatures in the aquarium.  Great footage of that in the video above. 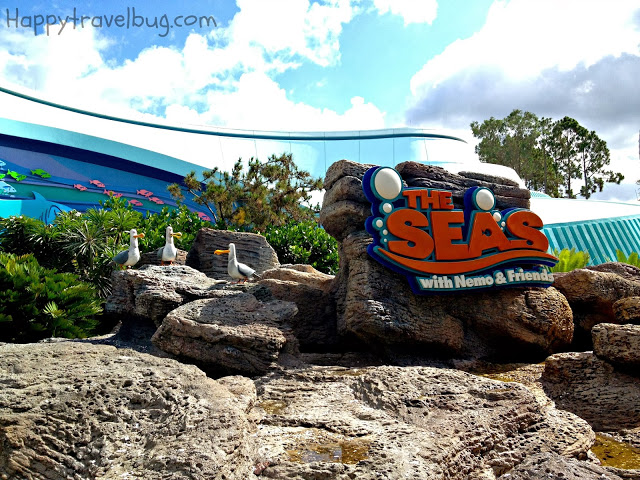 I love to take photos of the kids in the same spot on different trips.  This one below is the kids in Bruce’s mouth MANY years ago and then my daughter and her cousins on this trip.  Anyone else do this? 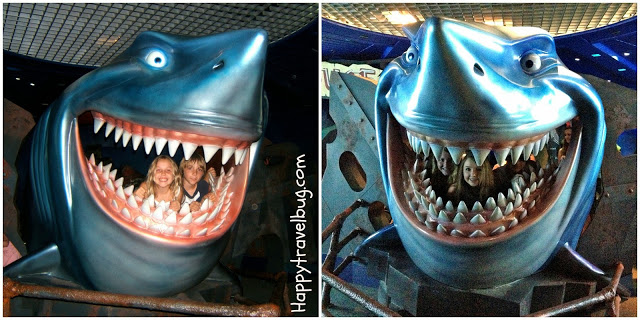 Being the history buff that I am, I love the ride inside Spaceship Earth.  It’s about the history of communication.  This reminds me of an awful story that could have been prevented with better communication.  Since I was traveling with teenagers, I felt okay with them venturing off on their own (meaning no adult, but they were together).  At the end of this day, they were to meet us at the gate to head back to the hotel.  I didn’t specify which gate, but I ASSumed they would know it was the same gate we came in.  We were staying at the Beach Club, so we came and went through the back gate at Epcot.  ANYWAY, they went to the front gate and left the park looking for us.  When they texted me “Where are you?” I realized we had a problem.  Especially since security wouldn’t let them back in the park.  (by this time it was closed)  Long story short, we had to get Disney people involved and eventually got the kids back where they needed to be.  UGH!  Moral of the story: Don’t assume teenagers know what you mean.  Always over explain, even if it means watching their eyes roll! 🙂

I enjoy Spaceship Earth, but like most people, my two favorite rides at Epcot are Test Track and Soarin.  Test Track had been redone since our last trip to Disney.  The entrance has changed… 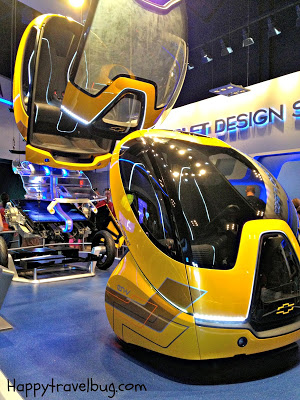 So now it is all about car design, showing off these futuristic cars.  And you get to design your own car and see how it fares in a test run.  These are the cars we designed below.  As usual, we were competing to see who designed the better car.  I love this new element to Test Track! 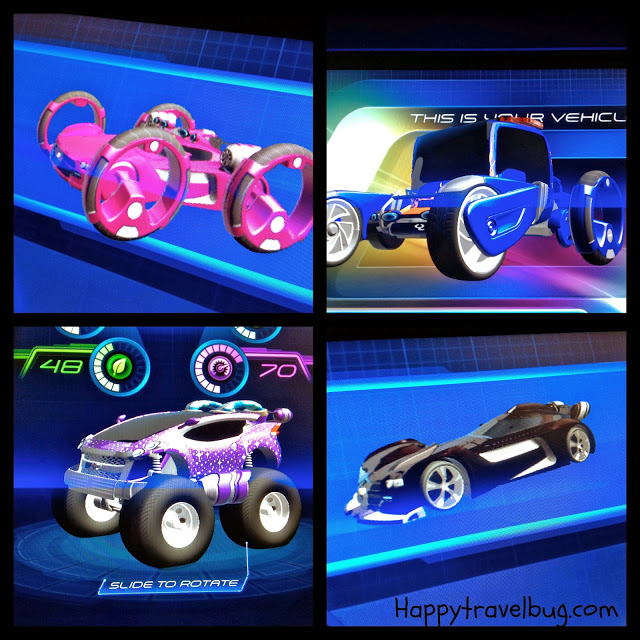 Of course the best part is still the fast part!  There I am (blue arrow) looking like my face is being blown away.  Lovely! 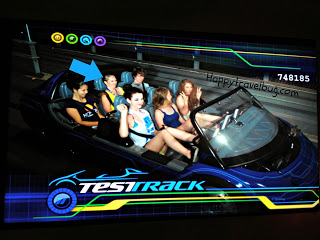 Soarin is located in The Land and I love the inside of this building.  I have always wanted to go up in a hot air balloon.  It is on my bucket list for sure! 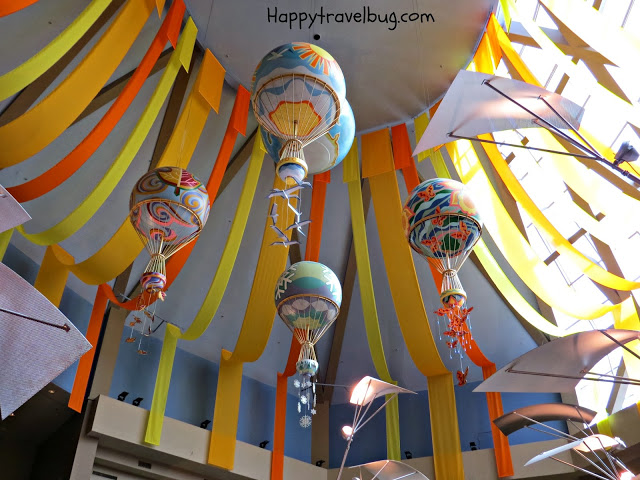 Awesome day!  We did lots more that I have featured in separate posts, but I wanted to mention these things as well.  What’s your favorite thing to do at Epcot?