Chicago has lots of great hotels.  I have been lucky to stay in several of them over the years of visiting the city.  Here is a look at the room I stayed in recently at the Hard Rock Hotel. 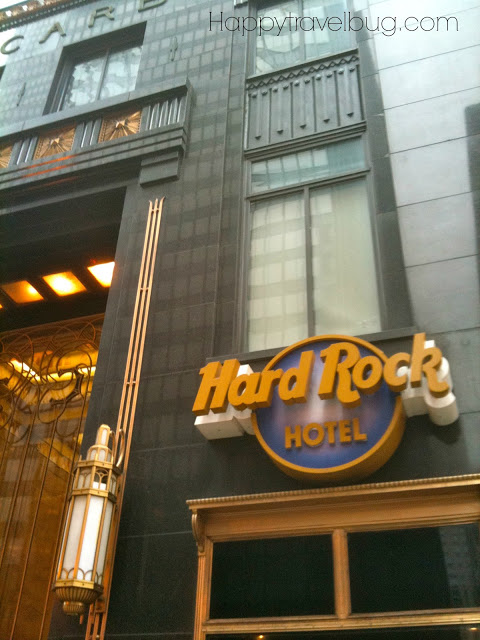 The building itself is gorgeous.  It is located in the Carbide and Carbon building.  According to legend, the architects designed the art deco building to resemble a dark green champagne bottle with gold foil.  It was built in 1929, but didn’t become the Hard Rock Hotel until 2004.  I love old buildings and this one is uniquely beautiful. 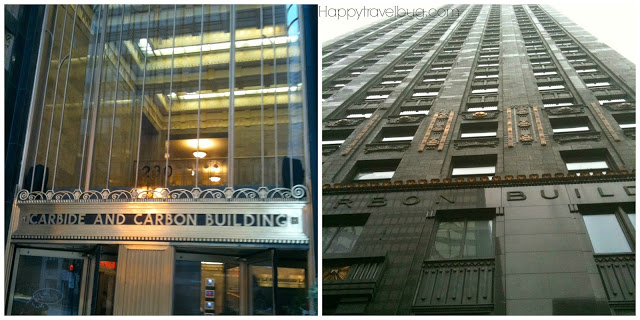 The room I stayed in was a Tower Suite…and boy was it sweet! (sorry, couldn’t resist)  This is a layout of the room below.   Overall, the room was 750 square feet so I thought this would be helpful to put the pictures together. 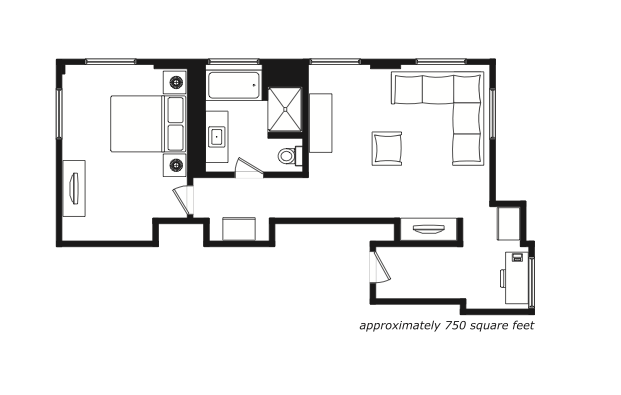 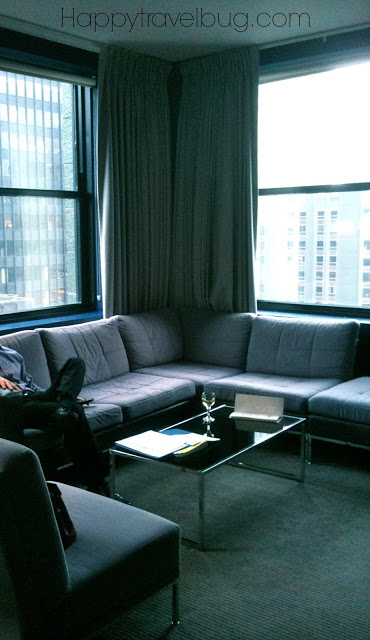 Maybe because it was the Hard Rock, but this hotel did make me feel like a rock star.  I have never seen a sofa this big in a hotel room before.   Don’t worry, I didn’t trash it, like rock stars are known to do.  😉    We covered three sides of the building with this suite.  With windows all around, the view of Chicago was fantastic. 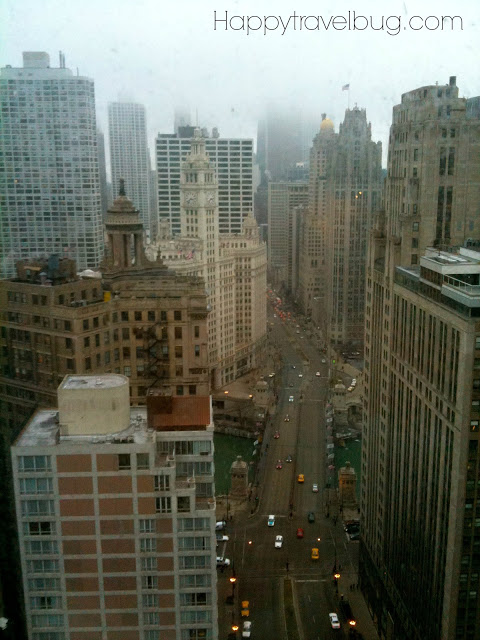 Too bad the weather wasn’t as awesome as the room! 😉  That is Michigan Avenue.  The Hard Rock is located right on the Magnificent Mile Street. 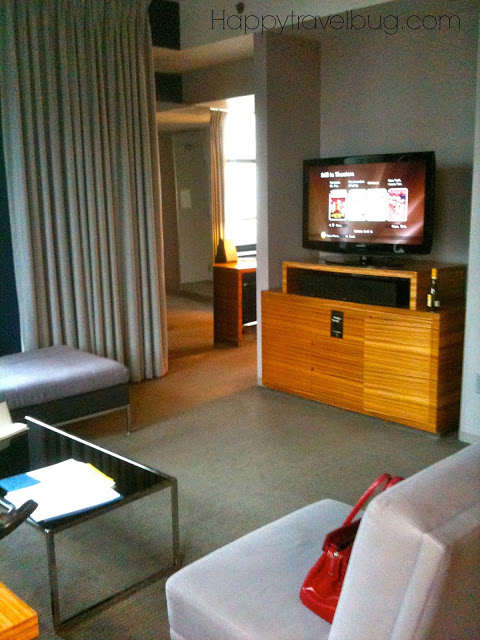 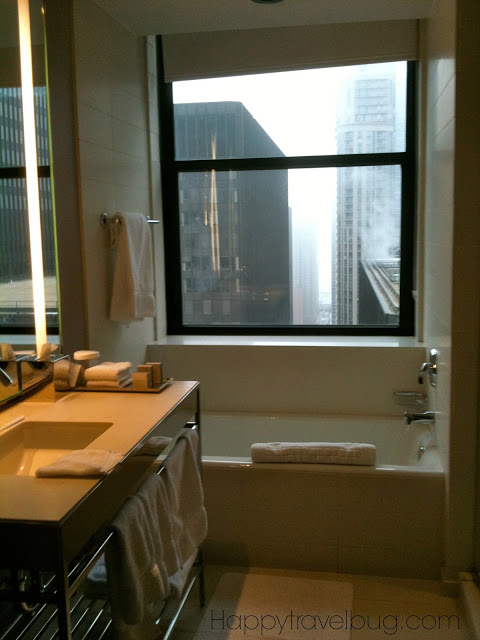 Even the bathroom had a view of the city!  It also has a separate shower on this right side of the picture.  Sorry, my pictures aren’t the best.  This was before I bought my new camera. 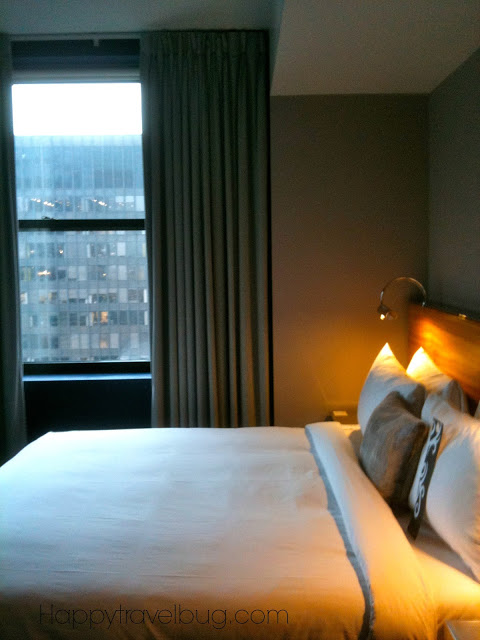 This was the bedroom, again with fantastic views.  It is nice to say “bedroom” instead of just bed in your hotel room.  It was just as comfy as it looks too.
Overall, I really liked this hotel and suite.  It was a great place to not only spend the night, but to just hang out.  I also liked being able to walk right out the door and shop the Magnificent Mile.  More on that later!Have you ever stayed at a Hard Rock Hotel or eaten at a Hard Rock Cafe?


This is the only HR Hotel I have stayed in, but I have eaten at several HR Cafes (New Orleans, St. Louis, Washington DC) I know I’m forgetting some, but it has been a while.  It is only the kind of thing I liked when I was young.  I don’t really think the food is that good.
Linked to Travel Photo Thursday & Mosaic Monday