Our final night in Las Vegas we went to see the Michael Jackson show “The One”.  It is located at the Mandalay Bay hotel.  Since we were already going there, we decided to try one of their restaurants.  Let me tell you, they were all packed!  Eating before the show is the popular thing to do.  But we managed to snag a table at the bar of Aureole right when it opened.  Yay! 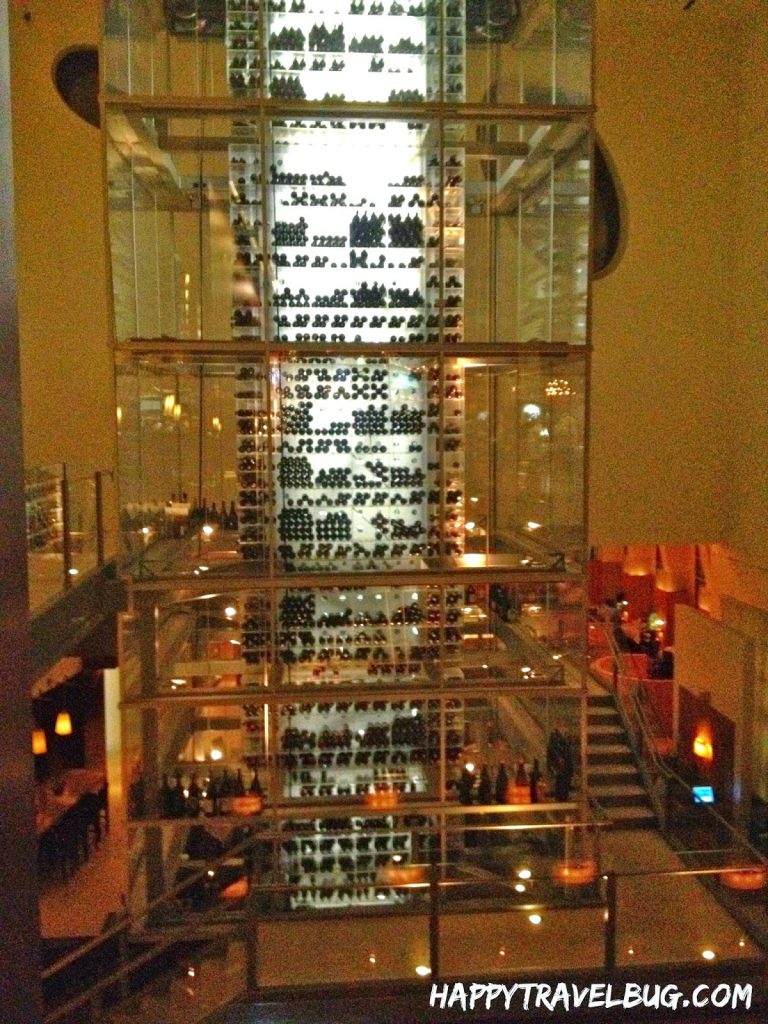 You may have heard of this restaurant with the four story wine tower.  They have “wine angels” that ascend the tower to retrieve wine for people.  They basically wear the same gear you would if you were repelling down the side of a mountain. 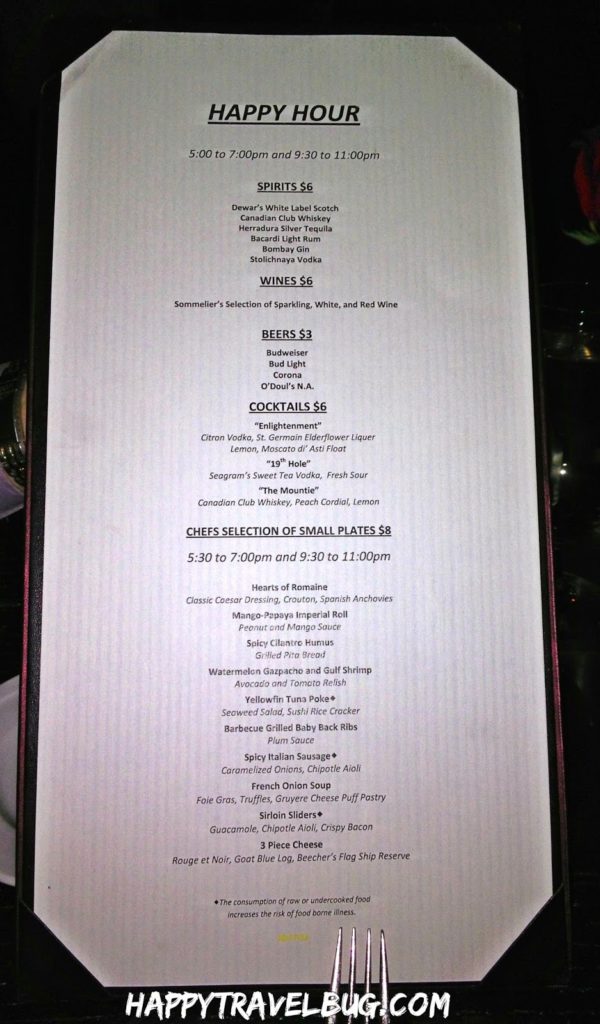 Like I said, we could only get seats in the bar, so we settled for the Happy Hour menu.  I, of course, started with a cocktail.  For $6, you couldn’t beat the price. 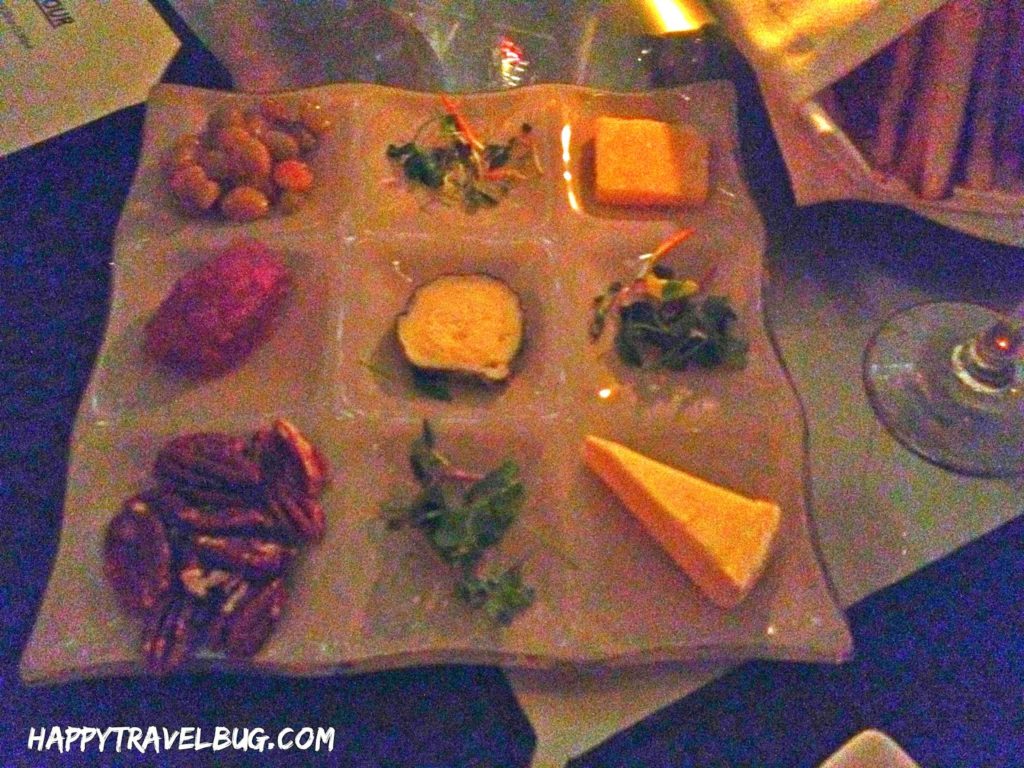 The three cheeses (Rouge et Noir, Goat Blue Log, Beecher’s Flag Ship Reserve) were served with some baby greens, pecans, chutney and almonds.  We always like this sort of thing.  Even if the cheeses aren’t our favorite, we enjoy trying them.

Next up, the spicy italian sausage with caramelized onions and chipotle aioli served on a piece of bread.  It was not a one biter, so I had to break out my knife and fork.  This was one of my favorite plates.  I really enjoyed the sweetness of the onion with the spicy sausage and aioli.

My least favorite plate was this Mango-Papaya Imperial Roll with peanut and mango sauce.  I don’t know if it was terrible in comparison to Nobu or if it was just bad.  It had a very gooey consistency that I just didn’t enjoy. 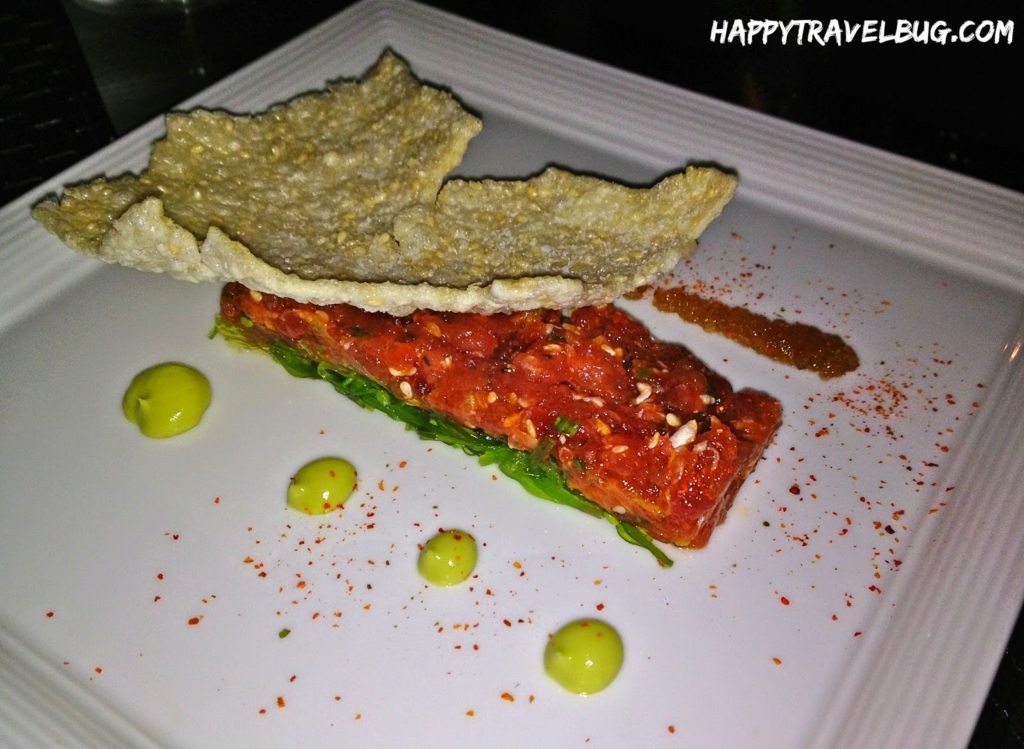 Another favorite was the Yellowtail Tuna Poke on a seaweed salad, served with a giant rice cracker and wasabi sauce.  YUM!  I forgot how much I like seaweed, which I have been buying (dried) ever since.  And I have always loved wasabi.  This just had all the flavors I enjoy.

Lastly, we ordered the Sirloin sliders with guacamole, bacon and more of that chipotle aioli that was on the sausage earlier.  They were good sliders as far as sliders go.  I mean, if you put guacamole and bacon on something, it’s gonna taste good! 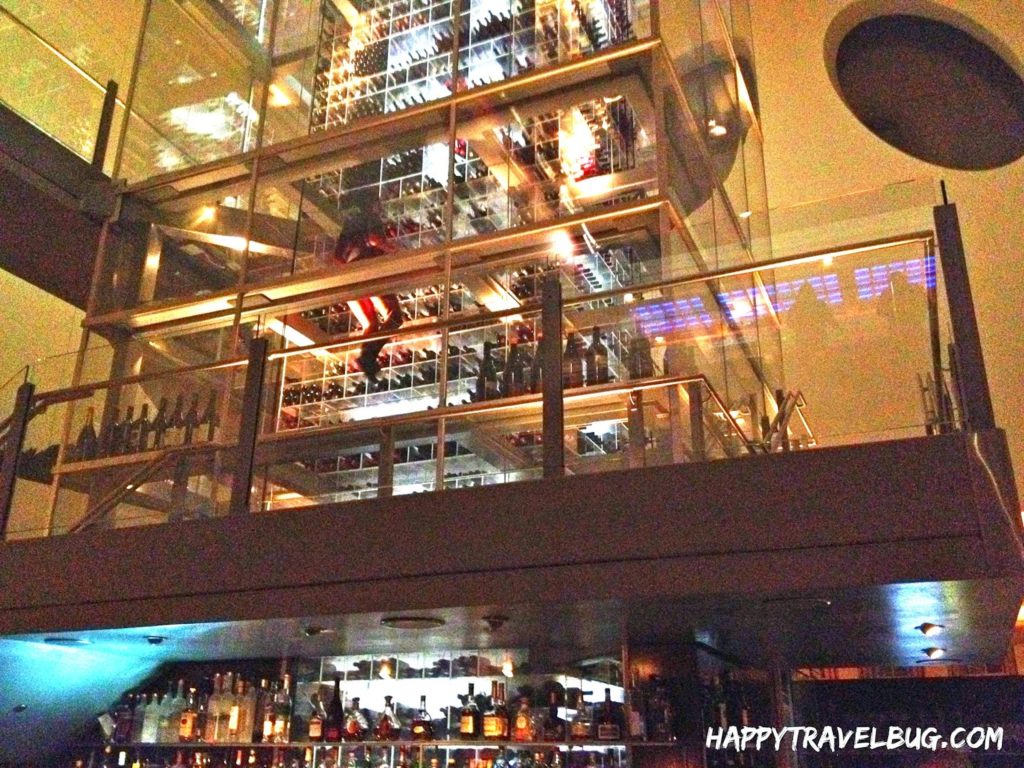 We did get to see the wine angel in action.  You can kind of make her out in this picture.  I did get video which you can see HERE.  See if you recognize the song playing.  🙂

We had a good time at Aureole and would love to go back and order from the main menu sometime.  It is run by celebrated chef Charlie Palmer, so I’d like to see what all the fuss is about.  I don’t feel like we got a true taste of his work during happy hour at the bar.  Do you ever take advantage of Happy Hour?