As I travel around the world, there are some places that I just fall in love with.  Eze was one of those places.  Until I booked this excursion on our Mediterranean cruise, I had never heard of Eze, France.  It was included on an excursion with Nice, which I was very familiar with.  You hear so much about the French Riviera, of which Nice is a part, but this centuries old town of Eze, not so much. 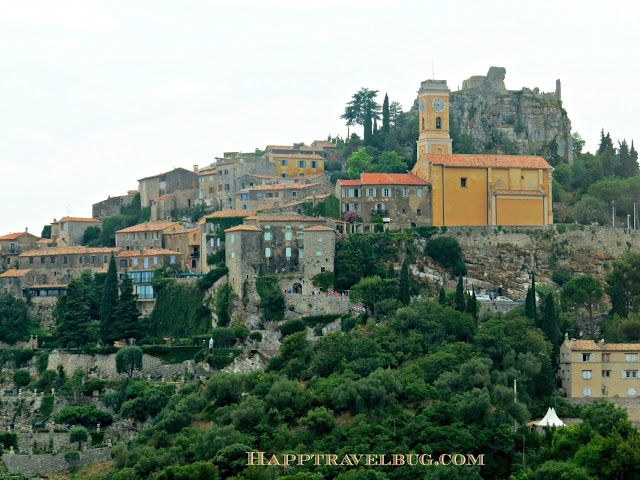 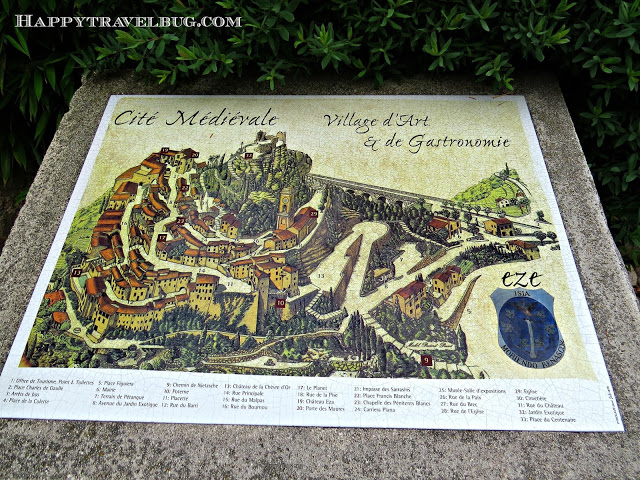 If I had to pick one word to describe Eze, it would be charming.  It was easy to get lost in all the tiny little walkways, and that was okay.  It is the kind of place I want to get lost in. 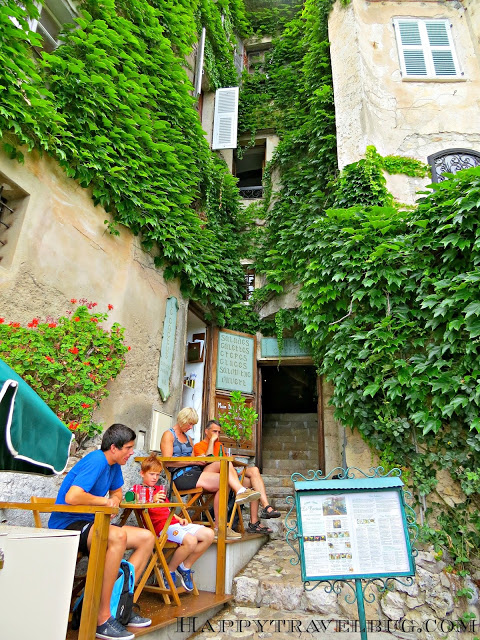 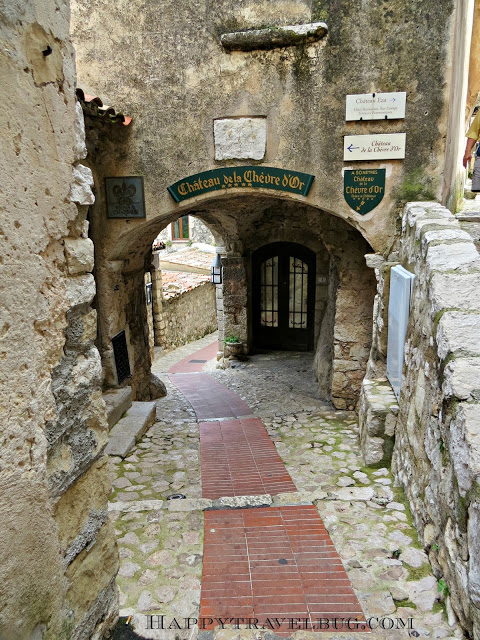 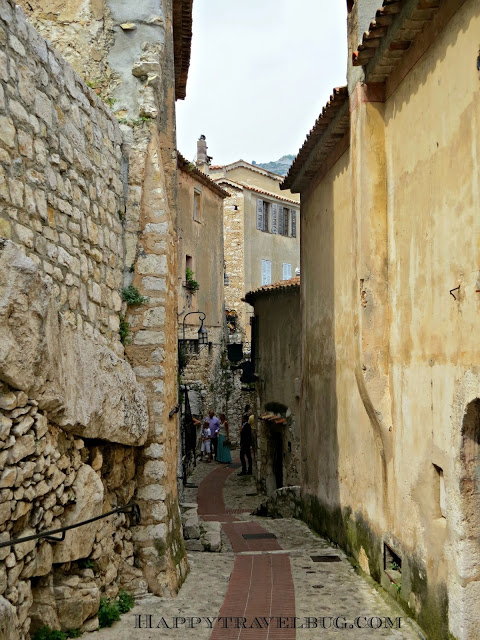 I think this little guy below had the right idea.  Just immerse yourself in the historical walls of the medieval town. 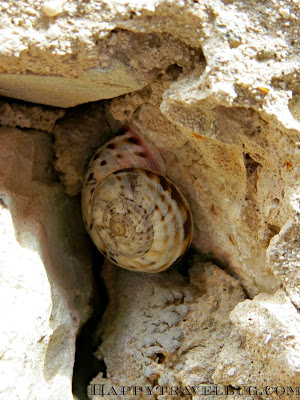 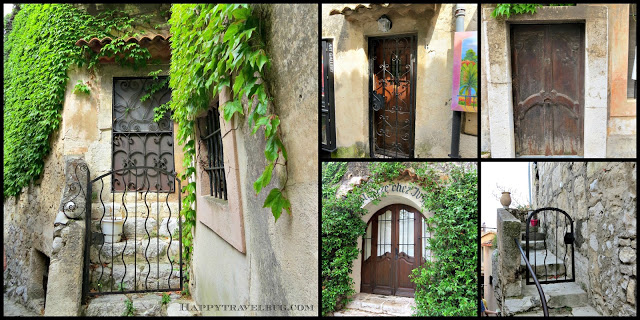 The only thing I don’t like about booked cruise excursions is that you are on their time frame.  I wanted to spend so much more time in Eze.  Every one of these doorways called to me.  There will definitely be a future trip here for my husband and I.  What a romantic little getaway! 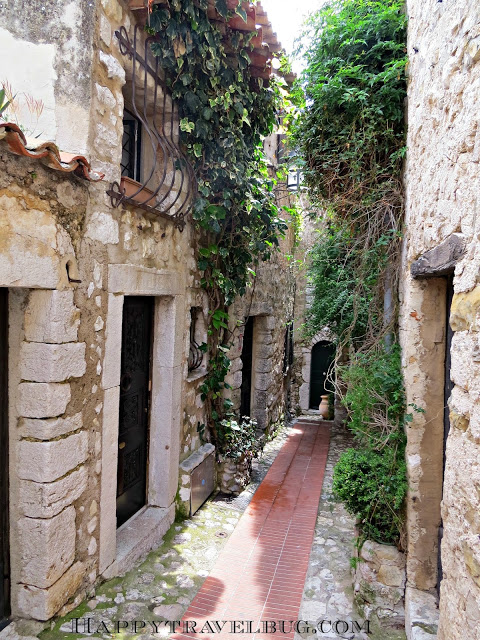 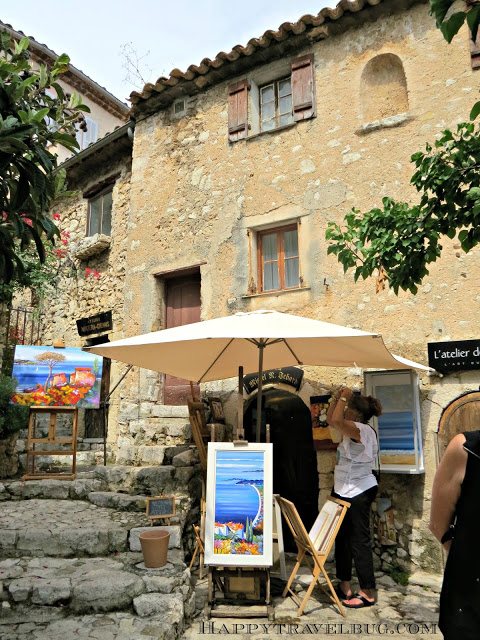 Another thing I loved about Eze was that it wasn’t touristy.  I had just spent the morning in Monaco, where all the shops were so over done with tourist junk.  The shops in Eze were authentic boutique type shops. 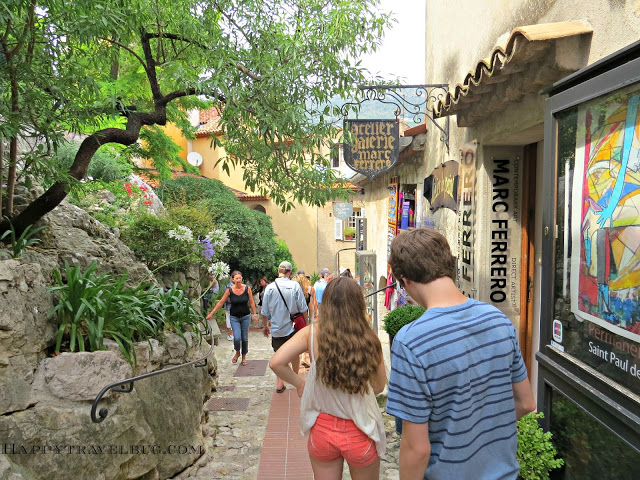 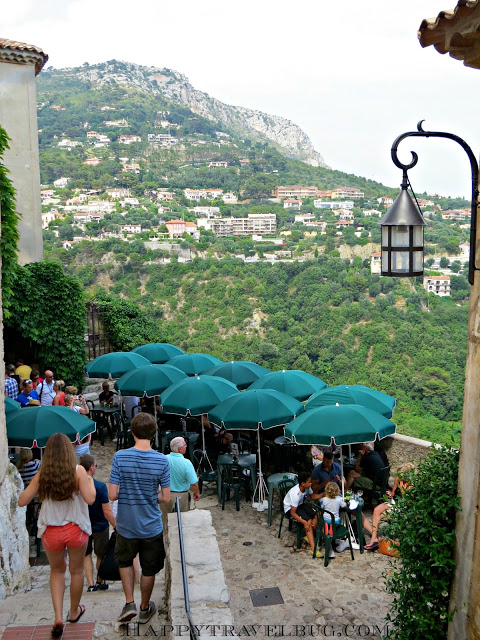 You can’t look at this picture and not want to plop down at one of those tables…can you? 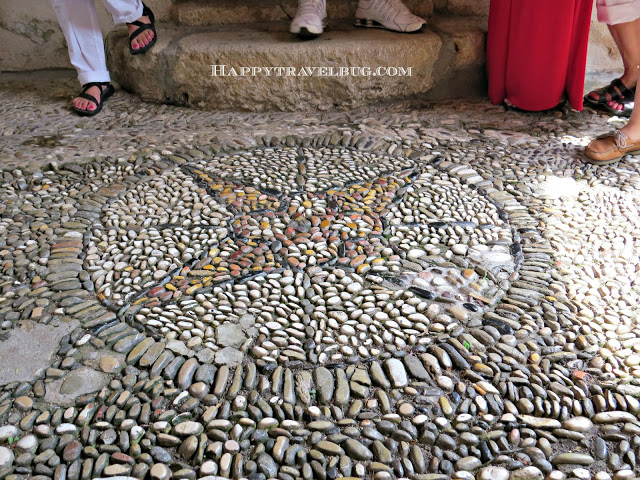 The history nerd in me was going crazy with all the historical details that were still in place.  The rock mosaic floor above and the water/sewer line in the streets below. 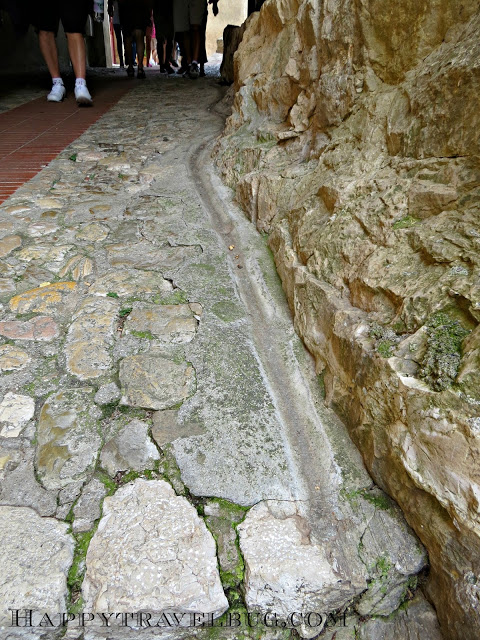 Even knowing that it wouldn’t smell very nice, I would LOVE to go back in time and see this town as it was when things like this were actually being used. 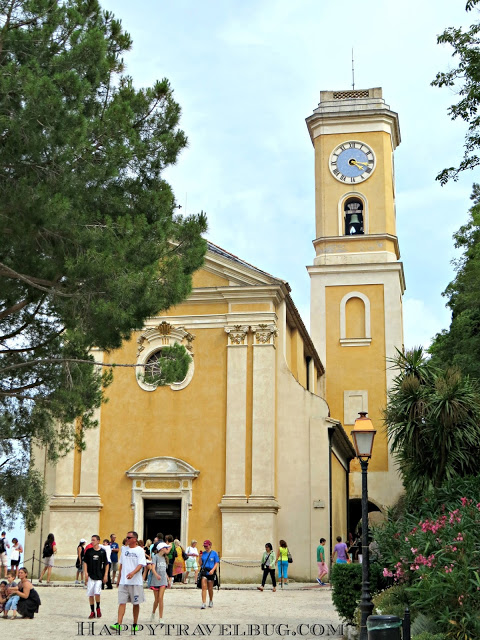 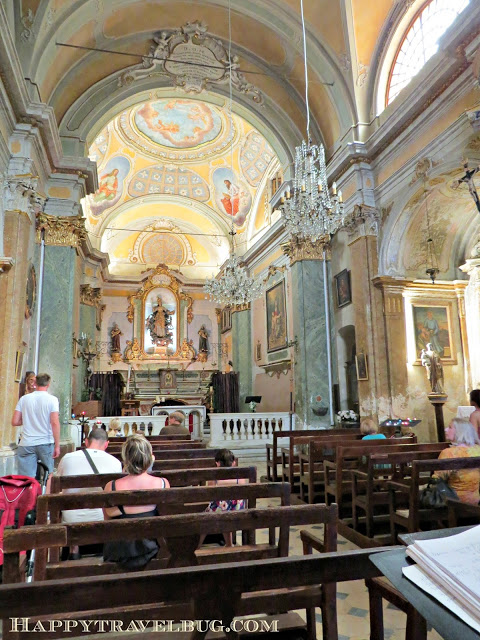 We ended our walk through Eze at it’s church.  Every medieval city had one and the town was usually centered around it.  I really liked the light and airy feel of this one.  After a quick look around the church, I ventured outside and came across this open gateway below. 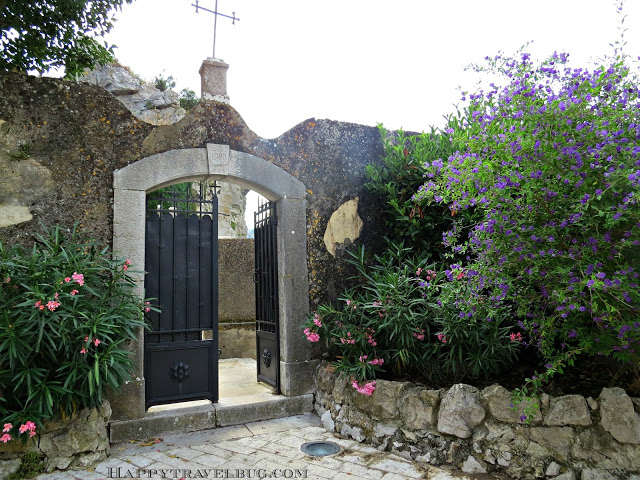 I took the open invitation and found this medieval cemetery. 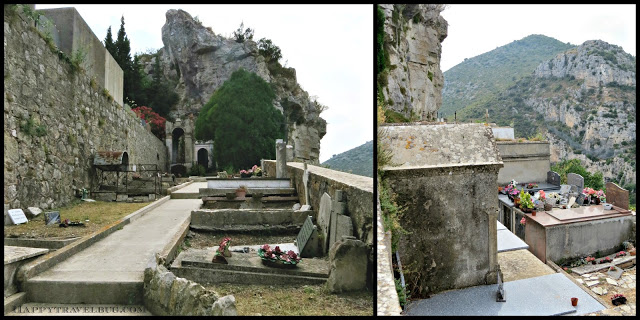 Rather than have sad thoughts of those buried here, I thought how wonderful it was that they were able to spend part of their lives in this charming historical town.  Here’s a little video I took while there.