I’m always posting about the food I eat around the world.  However, since my last post, my eating habits have changed.  After doing some research and watching several films like Forks Over Knives and Cowspiracy, I became vegan several months ago.    That being said, these pictures are from a cruise we took over a year ago, so the pictures do not reflect the way I eat now. 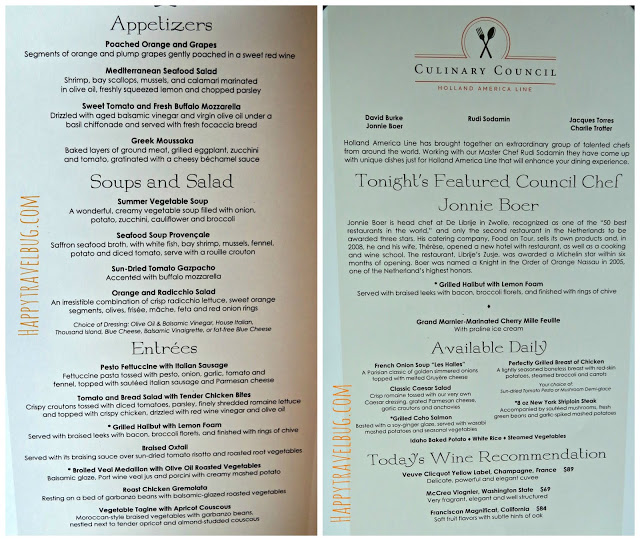 I was happy to see as I edited these photos that there are some vegan and vegetarian options.  Below are the appetizers we started with.

Now I would definitely order the vegetable tagine, but at the time, these were the entrees we ordered.

We can’t forget about dessert!  I would now have raspberry sorbet and the fruit plate.  Yum! 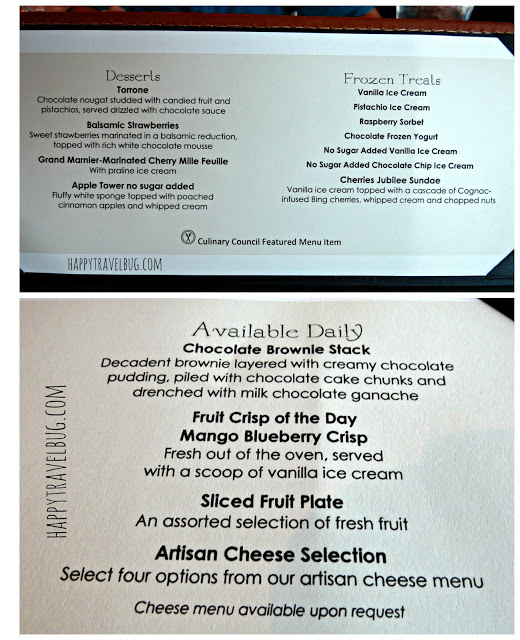 I have always been happy with the food on any Holland America Cruise.  I honestly can’t wait to take my next one and try all the vegan options.