So I am a history buff or nerd, what ever you want to call it!  While I love relaxing on the beach, if there is some history to discover, I want to discover it.  I can’t imagine passing up history in person! We took one of the cloudy days in Bermuda and headed to the Royal Naval Dockyards.  Tons of history here!

Built in 1814 as a strategic outpost for the British Royal Navy, Royal Naval Dockyard played roles in many historic events, including the War of 1812 and World War II. But after 1945 the role of Dockyard diminished, and eventually the Royal Navy sold the land to Bermuda. Decades passed while the old fort and its buildings sat abandoned. However, that all changed in 1982, when a massive ­redevelopment effort began that restored the Dockyard and its surroundings. The old warehouses and barracks were transformed into workspaces, the clocktower regained its former glory, and The Keep took on a new life as the National Museum of Bermuda. Artists, retailers and restaurateurs soon moved in —the rest is history.  We tried to cover every inch of the place.  Here are some of our discoveries in the National Museum of Bermuda.

I will admit that the Museum wasn’t my favorite part of the dockyards, I much preferred the Commissioners house.  Much more interesting exhibits and one amazing mural.  If you don’t have much time I would suggest you go there first.  It sits at the top of the fort overlooking everything. In fact, here is a link that will take you to a map of the entire Royal Naval Dockyards. 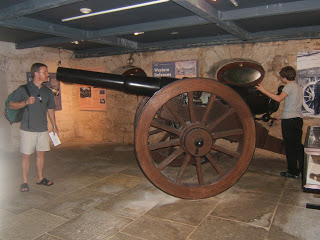 The Commissioner’s house had some hands on exhibits as you can see here to the left.  We had fun playing with it all.  There was also some video exhibits, artwork and even a dollhouse.
After all the museum stuff we were hungry.  I like to eat at fun places on vacation.  I don’t like to “waste” a meal on some no big deal place, if you know what I mean.  We walked all around looking for just the right place and settled on Frog and Onion restaurant and pub. Check out their website for more information.
The funny name comes from the fact that Bermudians call themselves “Onions” and people from other places “Frogs”!  So this is owned by one of each! Try to get a seat inside the giant old fireplace.  Looked fun! 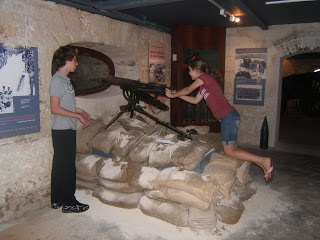 There is so much more to do at the Dockyards that we didn’t have time for.  We always start with the museum and go from there…history nerd, remember?  Anyway, check out Dockyard Glassworks, Bermuda clayworks, Dolphin Quest or the Bermuda Rum Cake Company. Let me know what you thought.

Just walking around the grounds of the Commissioner’s house was very interesting, peaceful and beautiful. There are sheep roaming the grounds with you, so watch out for poop! 🙂
Enjoy these shots I got of that area. 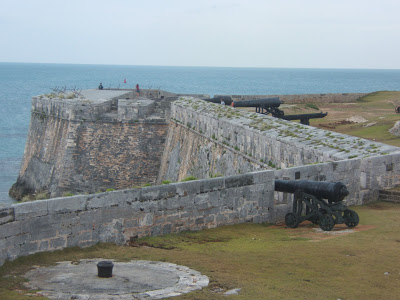 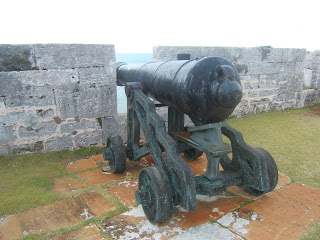 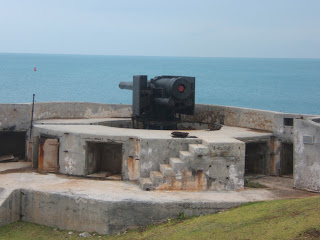 For more information on the Royal Naval Dockyards click here.

Looking for more things to do in Bermuda?