Have you ever thought about what you would wear to an Oprah Show taping (or any taping of a show)?  I’ve had to think about this several times, and each time it gets more difficult.  I have my favorite top or two, but are they television worthy?  Anyway, this last time I went, I had my daughter take pictures of each outfit to help me decide what it looked like on camera.  This is what I went with.

So if you ever catch an episode of Lifeclass: Fatherless Sons on OWN, look for me in this. 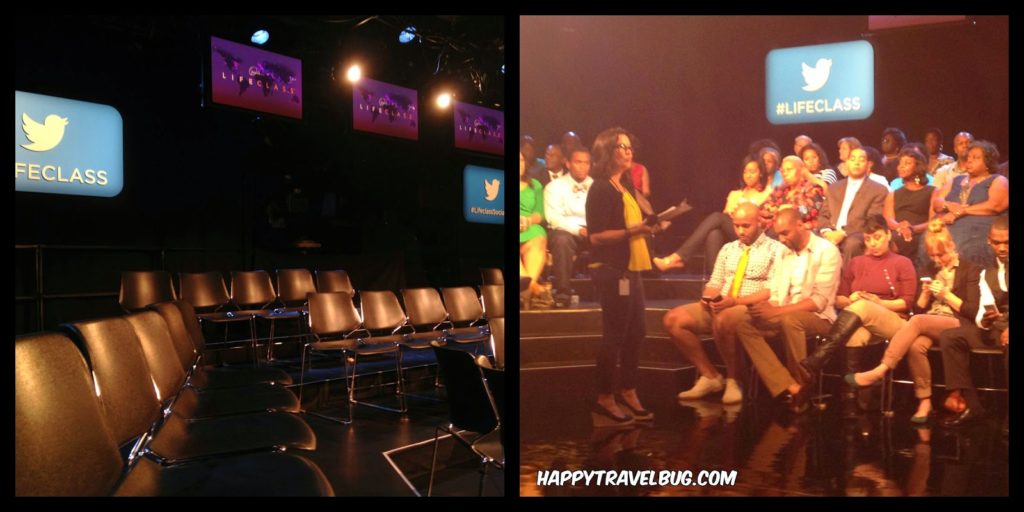 These are the types of chairs that we sit on during the taping.  Once the audience fills them in, you really can’t tell what they look like. 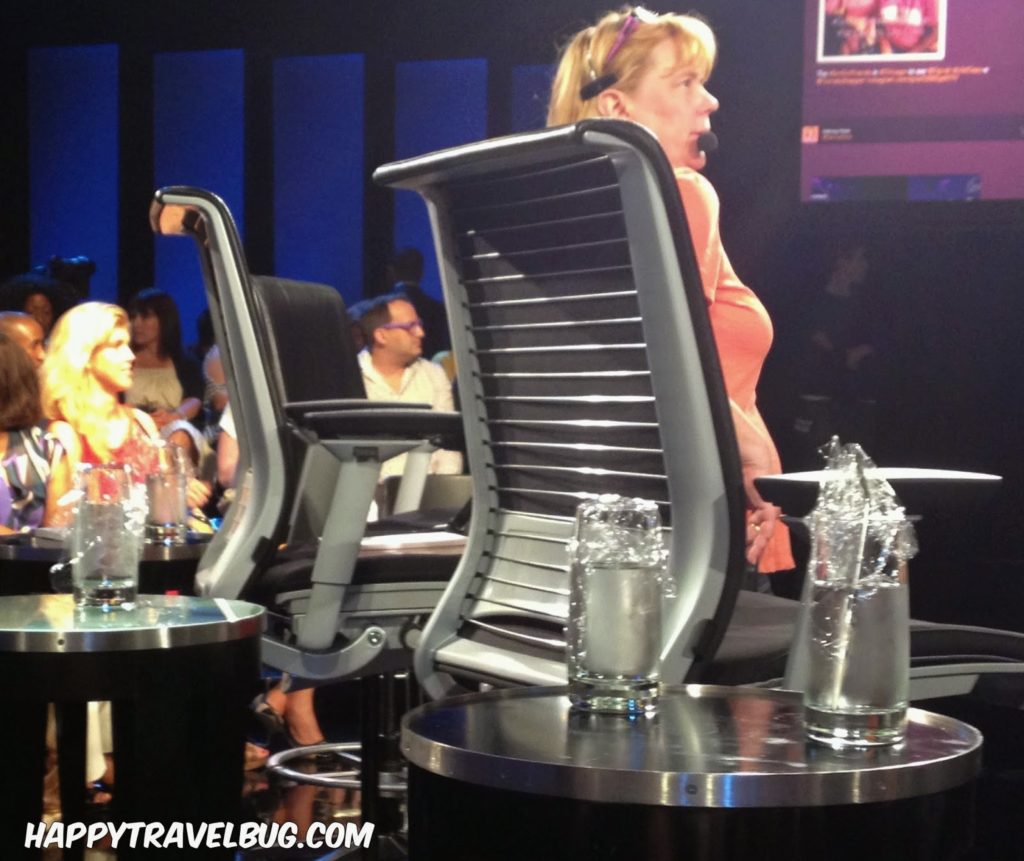 Have you ever noticed that cool glass straws that Oprah uses for her guests?  These are the glasses of water waiting on the tables before the taping started.  They were covered in cling wrap to keep them fresh. 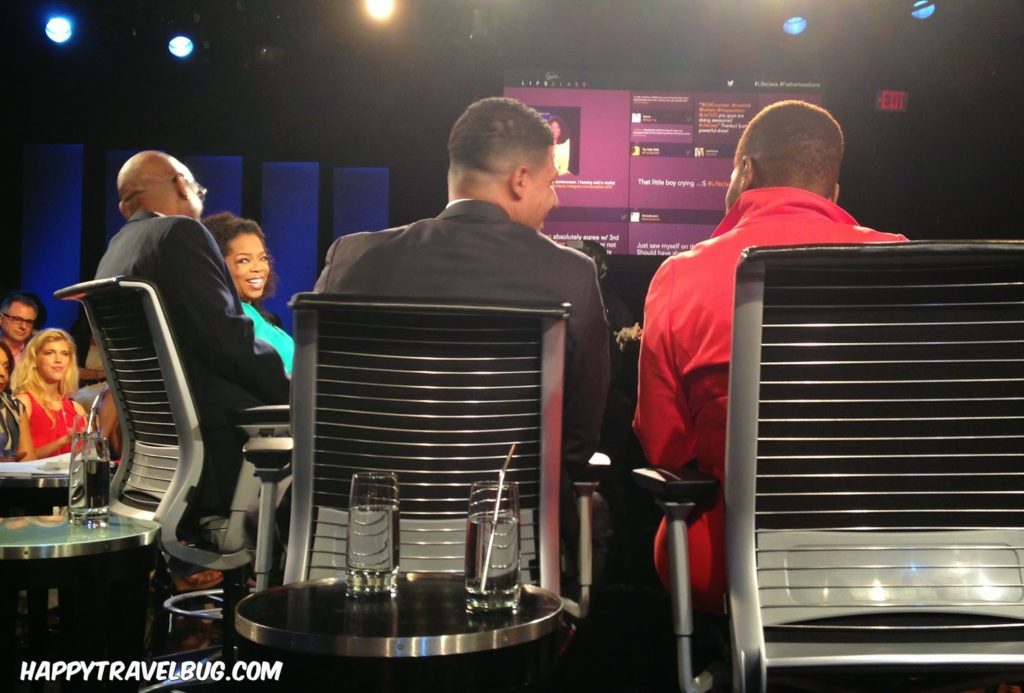 I had a seat behind the speakers, which got me on camera a lot, but I couldn’t really see them during the taping.  I liked this shot I got of Oprah smiling at one of the guest speakers. 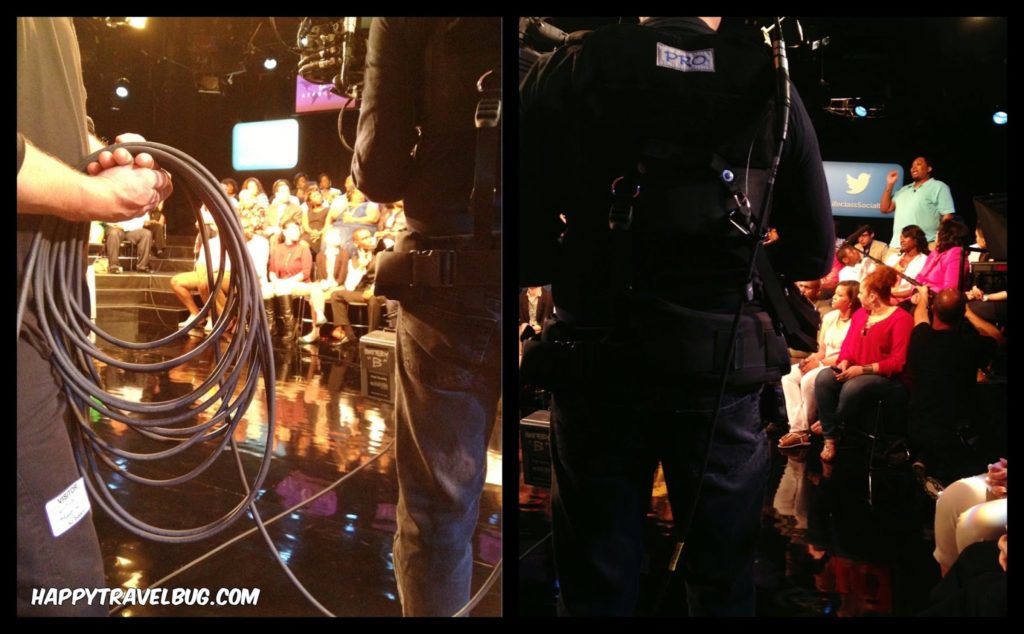 There are several camera’s filming at once.  This one is attached to this camera man with a person walking behind him carrying the cord. 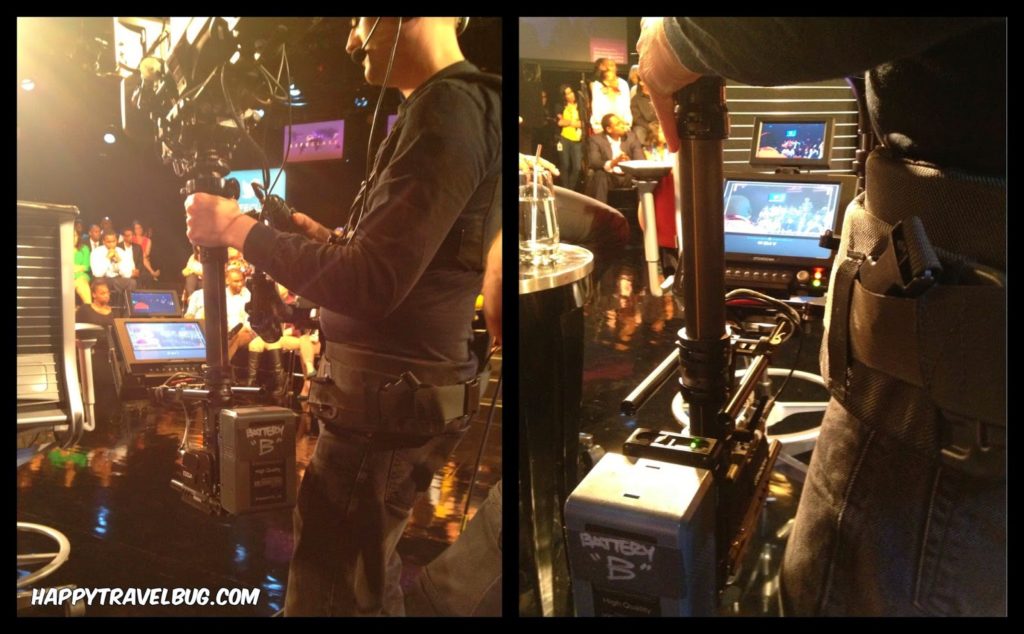 He can see what he is taping on the little screen below him.  He doesn’t look into the camera. 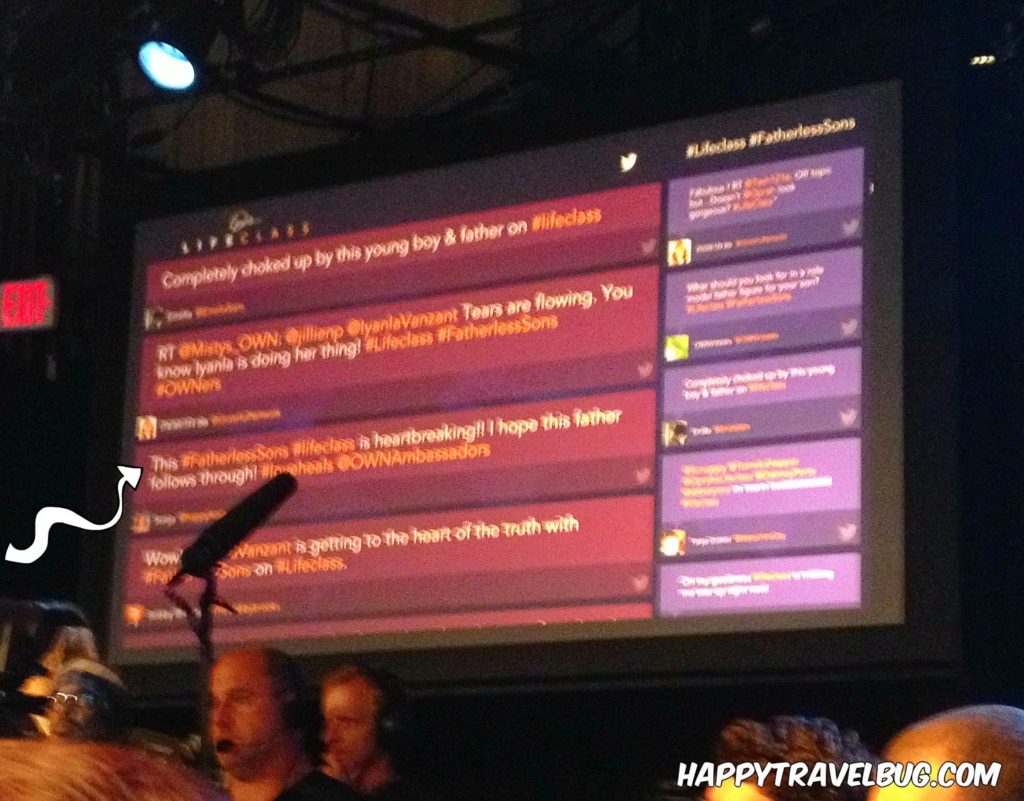 I know it’s a little blurry, but my tweet made it onto the screen during the show.  If you look closely you can see Sonja @happyhoyt underneath it. 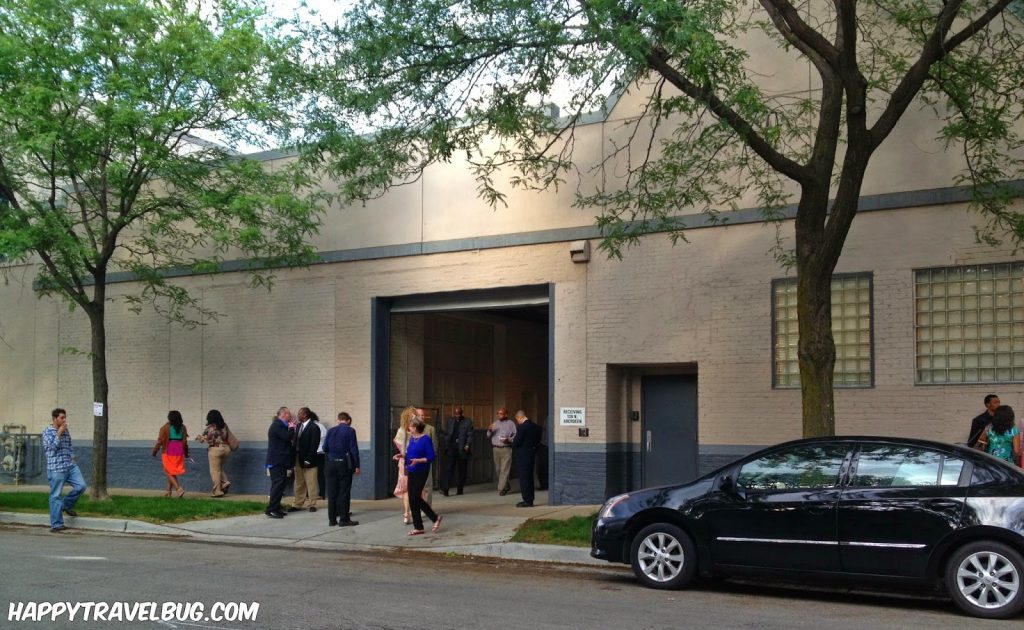 This was the “door” we left the building from.  It was a different exit than any other time I had been there.  I love seeing all these new sections of Harpo Studios.  I like to see how things are done behind the scenes.  Hope you enjoyed seeing it as well.