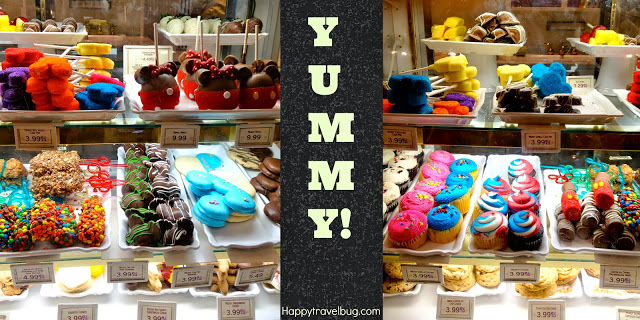 How is a girl supposed to pick from that awesome line-up?  I narrowed down my choices based on a few factors: I was alone so I couldn’t share (or didn’t have to, depending on how you want to look at it),  I wanted something I knew I would like (wasn’t feeling daring), and I had to be able to eat and walk at the same time (I was in a rush to meet my family back at the hotel).  So I went with the classic!

There are several other things up there what I wanted to try, but the cookie looked soooo good.  I asked if it was soft, because I do not like crunchy cookies, and when they said yes my mind was made up.  It was super yummy! 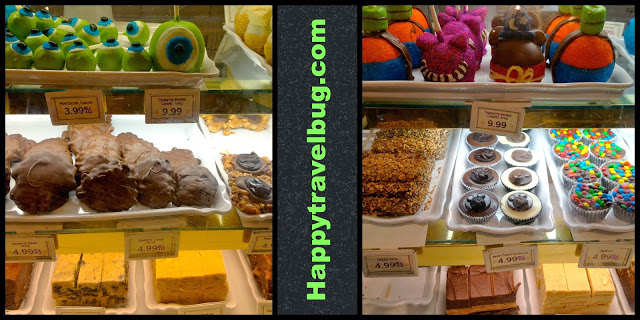 There are so many delicious things to eat at Disney World.  These above are on Main Street in the Magic Kingdom.  My cookie was an afternoon snack, but we started the morning at the newest part of the Magic Kingdom…the enchanted forest in the new Fantasyland.  We grabbed a giant cinnamon roll and some LeFou’s Brew at Gaston’s Tavern. 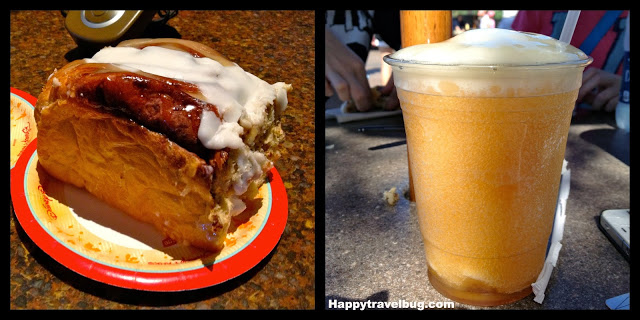 With four teenagers along, that cinnamon roll vanished quickly.  LeFou’s Brew is frozen apple juice with a little marshmallow taste.  The top is a passion-fruit mango foam.  I liked it, but I think I would have liked it better if the foam on top was the marshmallow taste.  Speaking of frozen drinks, I have loved Icee’s since I was a little kid.  Now my daughter shares this love.  We visited the Icee stand at the Animal Kingdom twice in one day. 🙂  We also grabbed Icee’s at Epcot along with some colorful popcorn. 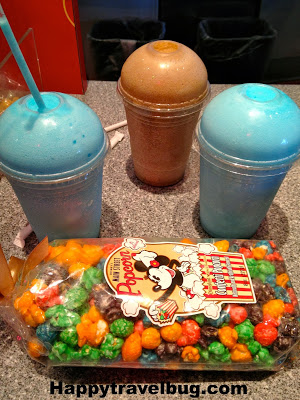 My daughter takes A TON of pictures with her cell phone.  When I downloaded them onto our computer we noticed I had photo bombed her Icee shot.  Can you find me in the background taking a picture?  😉 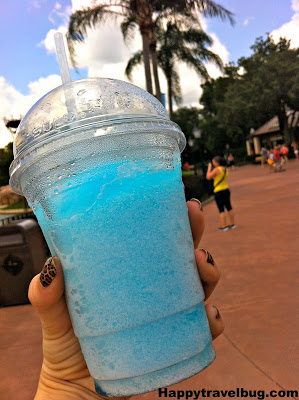 We managed to have treats at all four of the parks.  Next up…Hollywood Studios!  I filmed a girl making the cutest Disney Style caramel apples.  Great for this time of year.

So creative, huh?  But I think it is still easy enough to do at home.  Okay, not easy, but doable. 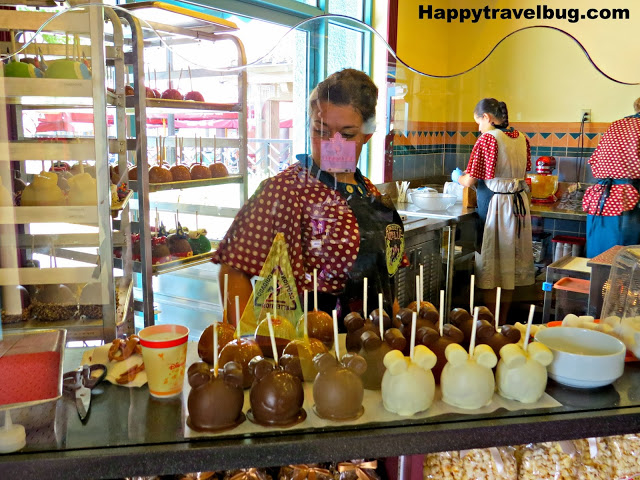 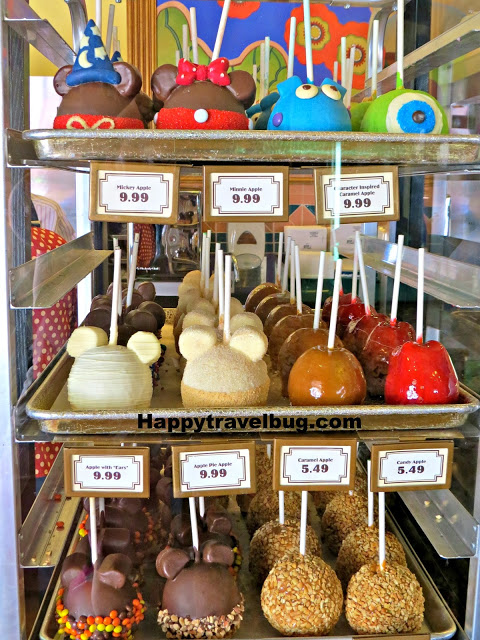 Are those not the cutest things!?  Not only did this store have these, but another entire case full of goodies. 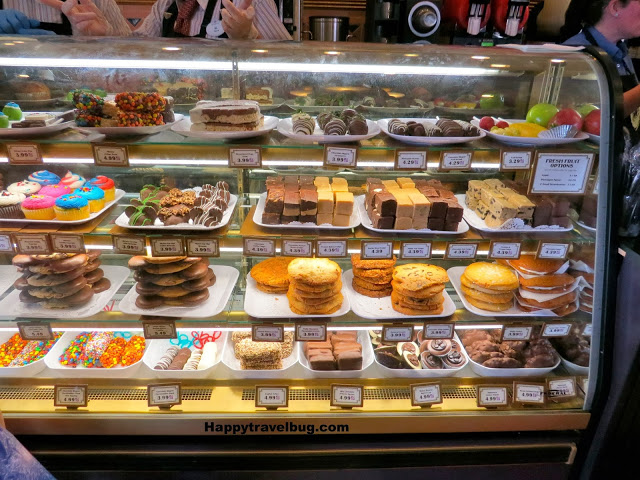 You can see there are a lot of the same things they serve at other parks, but also a few different things.  Whether you buy something or not, it is so much fun to go into these shops.  It smells sooo good and I love watching little kids decide what they want.  I especially liked the Minnie and Mickey apples.  I took a shot for my instagram page.  If you aren’t already following me…what are you waiting for?  I’m happyhoyt and I post almost every day. 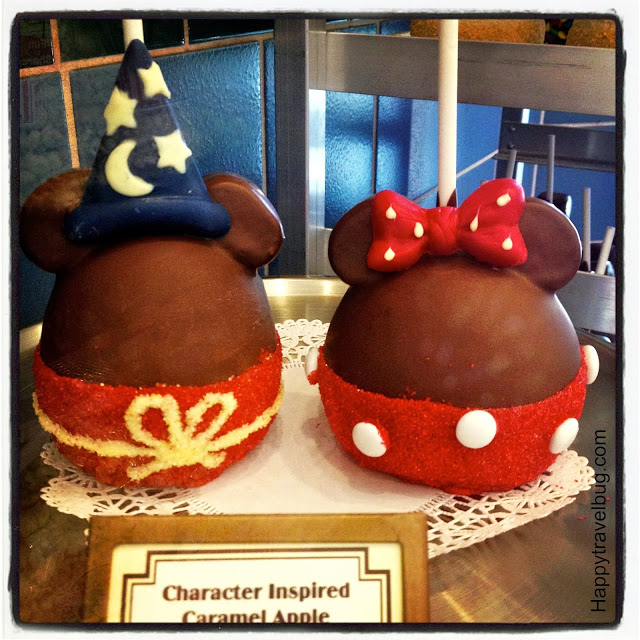 What would be your favorite treat?  And favorite caramel apple design?