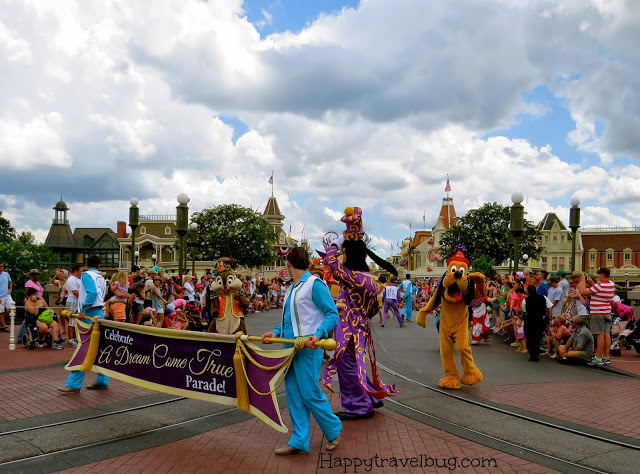 There are only two kinds of parades I like to watch.  The first is any parade that my kids are in and the second is any Disney Parade.  I don’t know what it is about Disney Parades, but they make me smile. 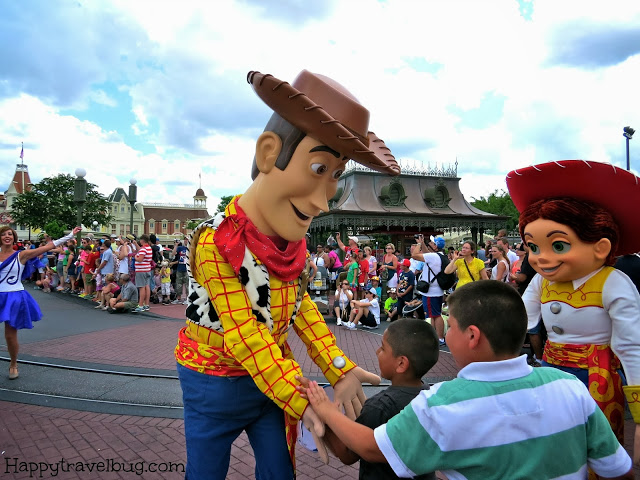 I get so much joy from watching the happiness of others.  These kids were so excited to be “meeting” Woody.  I just couldn’t wipe the smile off of my face. 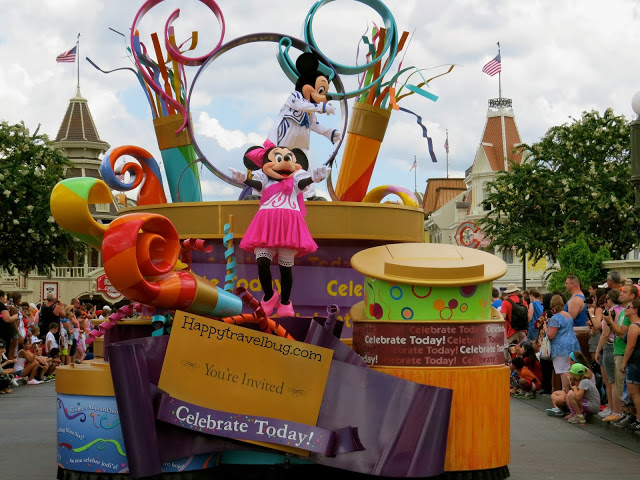 They play fun music to get you in the celebratory mood…and it works!  I find myself waving at them! 🙂 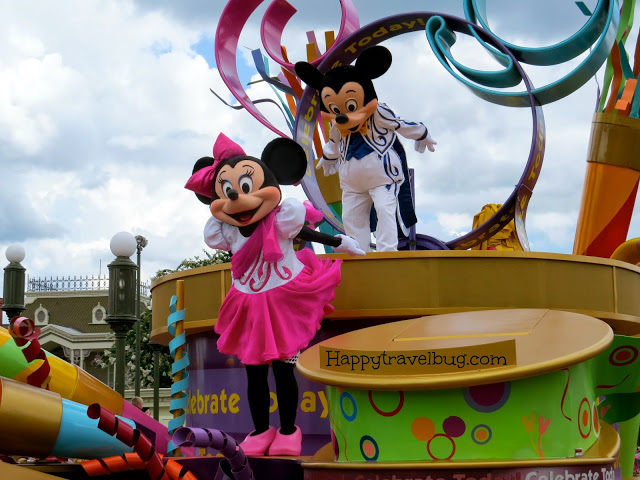 If I get caught up in it as an adult, you can imagine the excitement a child feels when one of the characters actually waves back.  Kudos to workers on making it all seem so real. 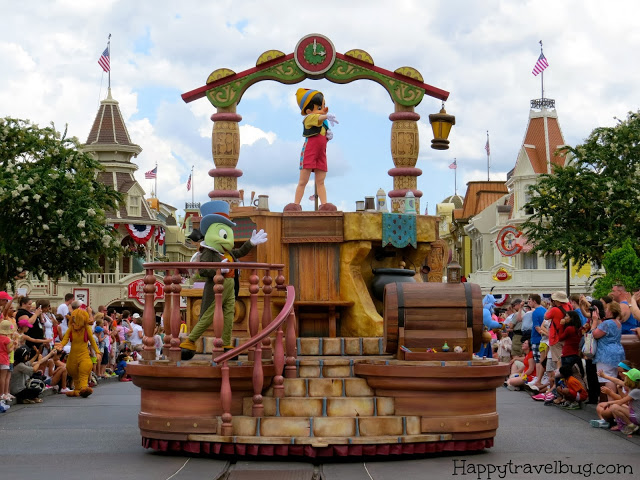 Doesn’t it seem like I am standing right in the middle of the roadway taking these photos?  You know they wouldn’t let me do that though.  So the tip is…stand on the “island” that has the statue of Walt and Mickey (shown here) and face the entrance of the park.  Great photo spot! 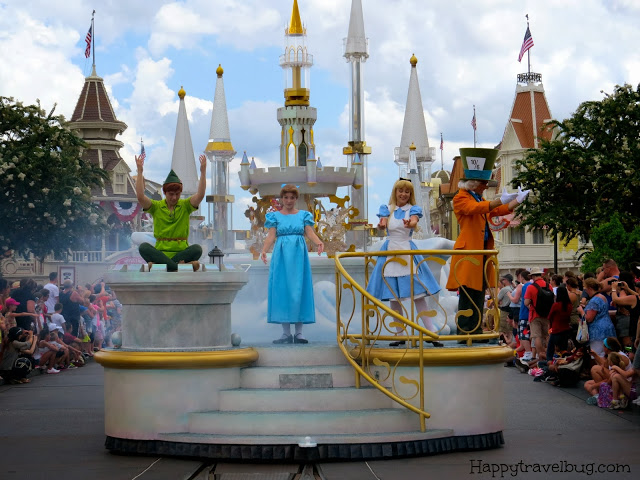 Another thing I like about Disney Parades is the length.  They don’t go on and on till you are ready for it to end.  Whenever I see the last float coming I think, “Is it over already?” and I like that.  It leaves me wanting more. 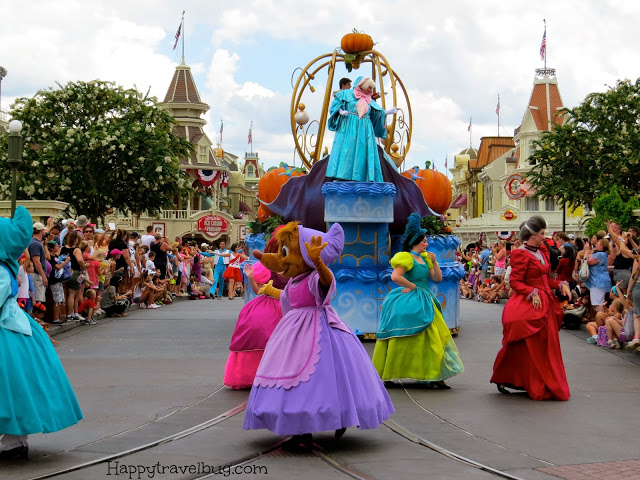 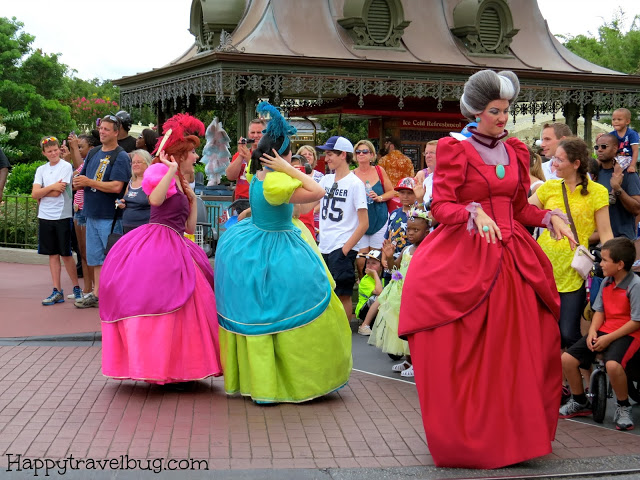 I like to think of myself as Cinderella because I have tiny little feet, but the truth is, I can’t imagine I would ever be so happy cleaning like she was.  And the things I would have said to that wicked step-mother cannot be put in fairy tales.  😉 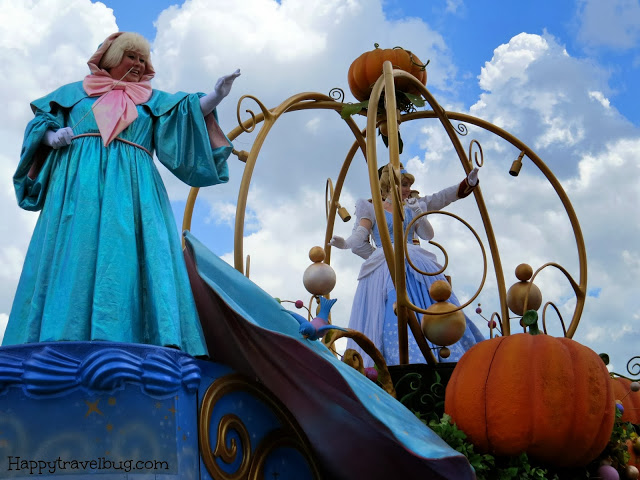 I actually think I would be the fairy godmother.  I would love to make great things happen for other people.  What a great job! 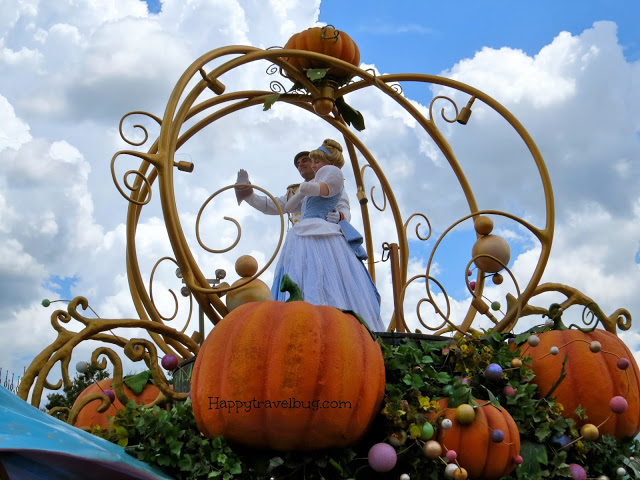 Love the float details with the pumpkins.  Of course it relates to Cinderella, but it also makes me excited that it is fall.  I just love fall! 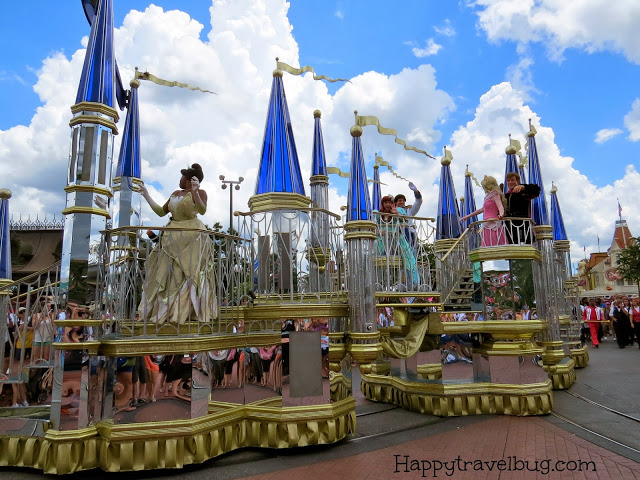 The parade ended with several of the Princesses riding on a float together.  A little something for everyone in this parade.  Magic Kingdom really is a Kingdom of Dreams. 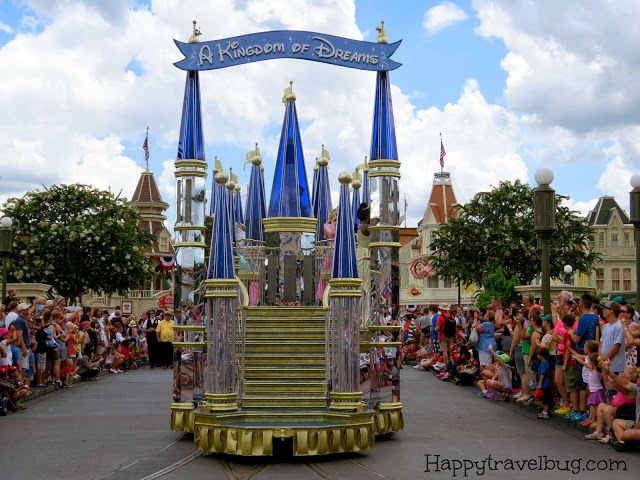 Linked to: Works for me Wednesday, Our World Tuesday, Tell Me Tuesday, Travel Tips Tuesday, TPThursday, WordlessWednesday & Inspire Me Wednesday